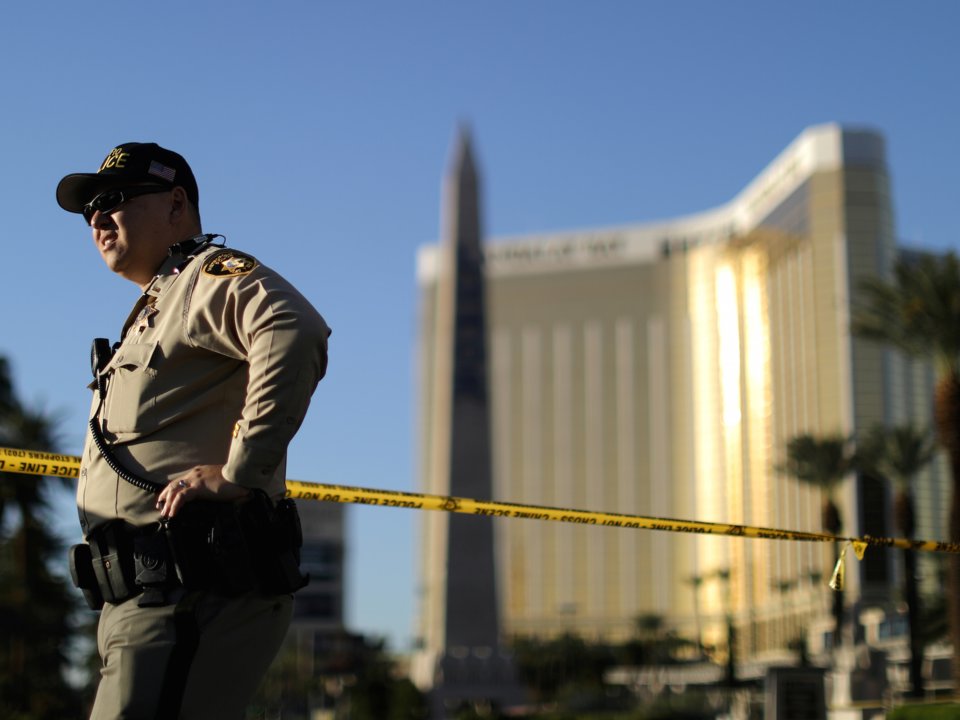 Las Vegas hotels are increasing security measures after the deadliest shooting in modern US History was carried out from the Mandalay Bay Resort and Casino.

Mandalay Bay and other MGM Resorts, including the Bellagio, Monte Carlo, and the MGM Grand, have increased security levels, according to a spokesperson from the company.

“The very first thing that hotels [will consider] is more visible security,” Deanna Ting, hospitality editor at travel industry intelligence company Skift, told Business Insider. “The hotels in Las Vegas are going to start asking themselves if they should have metal detectors or luggage security x ray machine at the entrance of their properties.”

There are no industry-wide security standards in the hotel industry. Before now, most Las Vegas hotels have not had metal detectors.And, according to experts, there’s a good reason for that.

Las Vegas hotels are packed with hundreds to thousands of people. Mandalay Bay has 4,700 rooms. The Venetian, which is the city’s largest hotel, has more than 7,000 rooms. Getting people checked in, into elevators, and up to their rooms smoothly is a difficult enough feat. Adding metal detectors or other screening measures would create
inevitable bottlenecks.

“Imagine yourself going to Las Vegas for a conference,” Dick Hudak, managing partner of the Resort Security consulting firm, told Business Insider. “Are you going to be very happy after traveling five or six hours through airports, and then you get to the hotel and you’re standing in line, and you have to pick up your suitcase and put it on this conveyor belt?”

“Is it reasonable to screen them?” Anthony Melchiorri, host of Travel Channel’s “Hotel Impossible,” asked rhetorically. “I don’t think so.”

Ding believes hotels will likely consider visible security when guests check in, especially in the short term to boost customers’ confidence. But, she says hotels would have to deal with questions of privacy and the cost of installing and maintaining machines if they want to use them for screening in the long term.

However, while Americans are willing to sacrifice convenience for safety in airports, they may be less likely to do so in hotels.

In other words, Americans value convenience — and if a hotel can’t offer that, guests will go to another hotel or Airbnb that can.