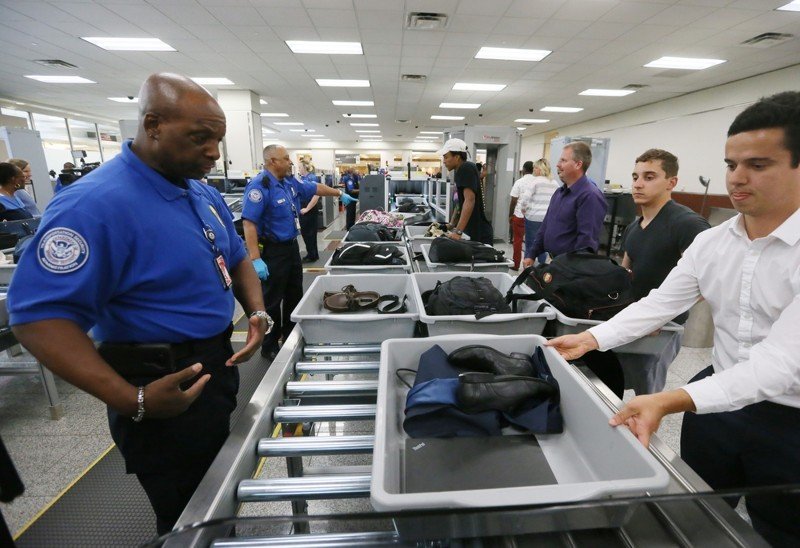 “When asked about those items, Ramadan stated that he supported ISIS but not its violence,” Assistant U.S. Attorney Ronald Waterstreet wrote in the filing Tuesday. “He claimed
that he only built pipe bombs while overseas, not in the United States, and that he only built them for ‘educational purposes.’ He said that he wanted to join ISIS but did not
want his family to suffer for it.”

Ramadan, who is a U.S. citizen, a former security guard and married father of four, is being held without bond at the federal prison in Milan. He is charged with two weapons offenses that carry 10-year prison sentences.

Transportation Security Administration agents put the family’s luggage through an security x ray screening machine but discovered the device could not see through one of the duffel bags, according to the court filing.

They escorted Ramadan off the plane and told him he would need to talk about the items found in his luggage and that he probably would miss the flight.

“On those hard drives, they found ISIS propaganda, including several videos,” the prosecutor wrote. “They found videos of Ramadan shooting weapons such as sniper rifles. They also found videos and pictures of pipe bombs.”

He acknowledged owning the items found in the luggage and said he bought the items for personal protection and for making YouTube videos. One YouTube channel, named “WB.88Guns,” shows an individual shooting or handling various types of firearms, including a sniper rifle.

Days after questioning Ramadan at the airport and preventing him from flying overseas, the FBI’s counter-terrorism unit sought a search warrant for Ramadan’s storage unit in Ann Arbor.

Agents were hunting for weapons, bomb components, Islamic State propaganda, terrorism-related information and a motive that would explain why Ramadan possessed explosives, according to the search warrant affidavit.

Based on Ramadan’s comments and evidence found on his electronic devices, there was probable cause that he had violated federal laws, including possession of a destructive device and receiving unlicensed explosive materials, according to court records.

On Aug. 23, a federal magistrate judge approved a search warrant for the storage unit. Agents raided the storage unit that day and found two rifles, a handgun, components of an AR-15 rifle and two semi-automatic handguns.

Investigators also found ammunition, fireworks and a homemade silencer, according to the court filing.