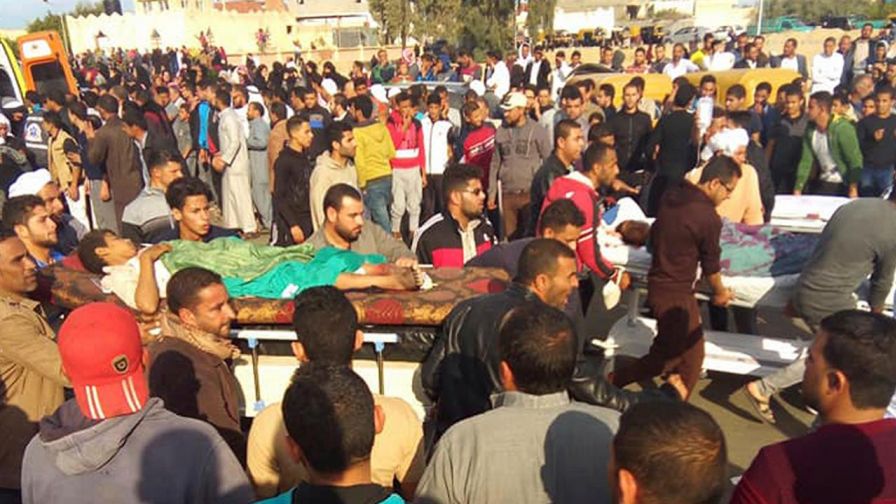 On Nov.24th, a terrible terrorist attack was taken in a mosque in Egypt. The death toll in a bomb and gun attack on a Sufi mosque in northern Sinai has risen to 305, with 27 children among the dead, Egypt’s state prosecutor said Saturday.

Another 128 people were wounded, according to a statement from the public prosecutor read out on Egyptian state-run news channel Nile TV.

Between 25 and 30 armed men carried out the assault on the al Rawdah Sufi mosque in Bir al-Abed, the statement said.

The prosecutor also gave more detail about how the brutal attack unfolded. The attackers arrived in five SUVs and were armed with automatic machine guns, the statement said. They took position in front of the mosque and its entrances.

There has not yet been a claim of responsibility from ISIS or its affiliate in Egypt. However, the attack bears the hallmarks of a strike by ISIS, which maintains a foothold in the north of the Sinai Peninsula and inspires local Islamist extremist groups, despite the efforts of Egyptian security forces.

The frenzied attack has made huge pain to people not only victim but also citizen in Egypt and other countries which are all terrified by terrorism.

We as a manufaturer of security equipment, doing our efforts to make realiable products to safeguard the normal life of people and try to make private company & small organization could afford it. Just like our hotel x-ray baggage sacnner, mainly about F5030C and F6550C have been widely equiped in Middle East, Africa, Russia, Southeast Aisa etc. Make the world safer is our slogan, and our mission.