Terrorist cell planned to attack Sagrada Familia with van of explosives, and x ray baggage inspection system can become one of the powerful weapons for detect explosives. 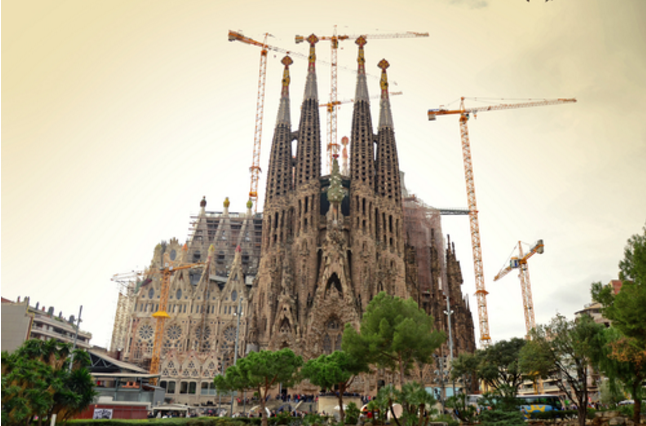 Police believe that the jihadist cell responsible for the attacks in Barcelona and Cambrils that left 14 dead and more than 100 injured were originally planning something much bigger involving Barcelona’s most emblematic tourist sites.

The terrorists planned to inflict as much carnage as possible by driving vans packed with explosives into three of the city’s busiest tourist areas, according to a report in Spanish online newspaper El Espa?ol on Saturday.

The newspaper cites police sources with information that one of the targets was Gaudi’s as yet unfinished masterpiece, the towering basilica of the Sagrada Familia.

As the most visited monument in Spain attracting more than four million visitors last year, the Catholic site is thronged with tourist crowds with queues of dozens of people snaking across the forecourt to gain entry, while thousands more linger outside to admire its spires.

Reports said that Las Ramblas was the second objective and that the busy port area, which each day welcomes hundreds of visitors disembarking from cruise ships, may have been the third target.

On Friday police said that the cell had been planning for an even bigger assault than the deadly car rampages they carried out, but had been prevented from doing so thanks to an event which was originally dismissed as nothing more sinister than a household gas leak.

An explosion in a house in Alcanar, 200km south of Barcelona, on Wednesday evening in which two people died and several were injured — including one man who was later arrested in the wake of the terrorist attacks — is now thought to be due to the handling of explosives being prepared for the attack.