This machine could cut airport wait times in half, but the TSA won’t buy it 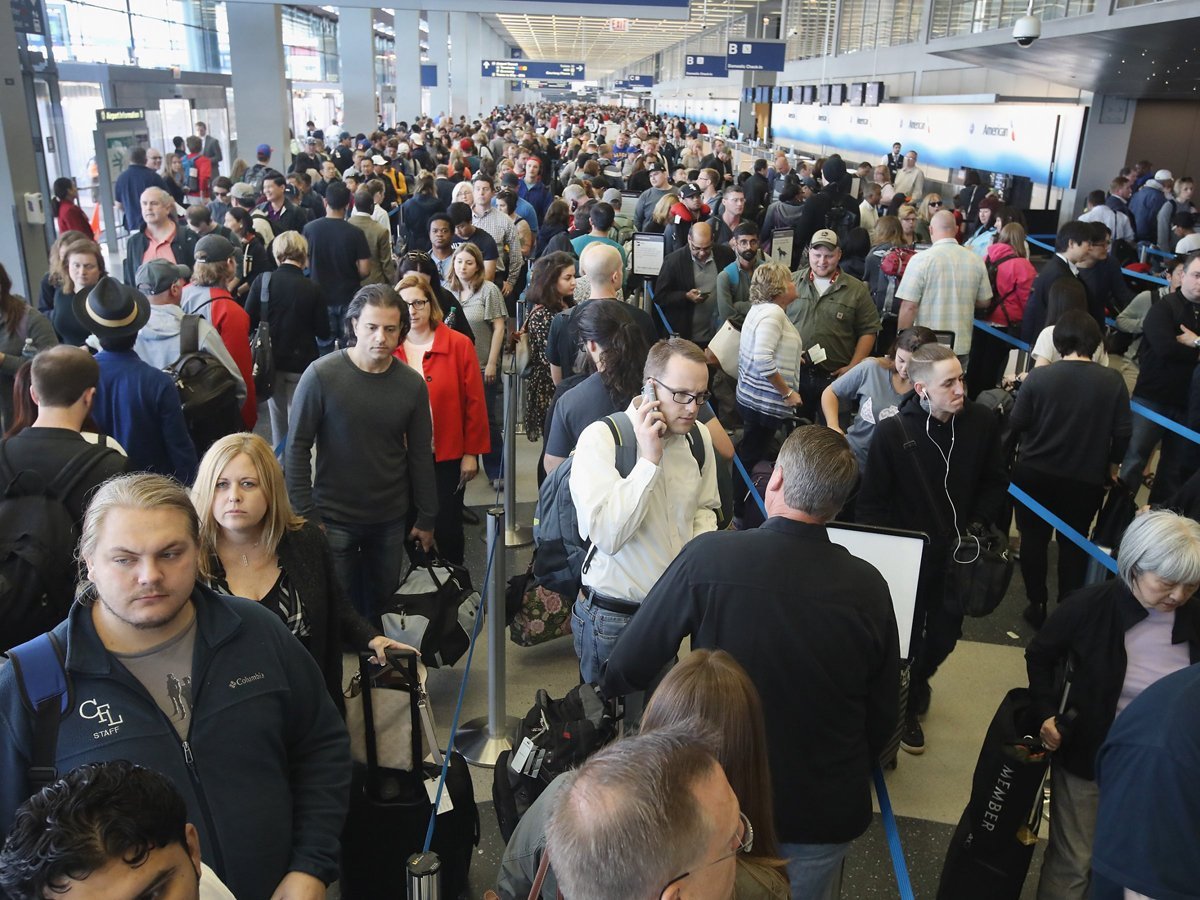 As the summer travel season reaches fever pitch, lines at security checkpoints around the country are becoming untenable for passengers and airports.

The embattled US Transportation Security Administration has been criticized for the chronic understaffing and mismanagement of airport security checkpoints.

With passengers missing flights because of long wait times, airports and airlines have taken action on their own by hiring private security staff.

The reality is that it doesn’t have to be this way.

Analogic’s Cobra CT scanners are currently in use at Amsterdam’s Schiphol Airport and London’s Luton Airport. The airports report that Cobra CT baggage scanners have been able to double the number of bags scanned while cutting wait times at checkpoints in half, the company told Business Insider.

The advantage of CT technology is that bags are able to go through the system without the need to remove liquids and laptops. The system is able to generate real-time 3-D images of what’s inside a bag, and it’s trained to automatically detect any threats. Cobra CT technology has a 100% detection rate for known threats and will flag anything it doesn’t recognize, Analogic CEO Jim Green told Business Insider in an interview in May.

Automatic detection also cuts the number of employees required to man each security line, which would help alleviate the TSA’s staffing issues.

So why don’t we have it?

The truth is that we did have it, but we chose not to use it.

“After 9/11, the TSA approached us to immediately build 500 scanners capable of seeing inside baggage at checkpoints,” Green said.

Although Analogic’s CT technology is being used at airports abroad to scan checked luggage, the TSA decided to go with traditional X-ray systems for carry-on bags at security checkpoints.

Green believes the TSA’s reluctance to adopt the technology is because Analogic would be the only supplier.

“They like multiple sources for the same type of technology,” Green said. “Their single or dual view X-ray systems come from multiple vendors.”

Unlike the US, security checkpoints in Europe are the responsibility of the local airport authority instead of a federal agency.

“A survey of North American airports show that happy passengers spend 45% more than the average traveler,” OAG senior analyst John Grant told Business Insider in an interview in May. “An extra 10 minutes in a security line cuts spending by 30%.”

“In Europe, there’s a shared understanding of a balance between security and the need for a good security experience,” Grant said.

As a result, European airports have been willing to experiment with the technology because the decision makers have more of a vested interest in the commercial aspect of the operation.

In addition, Green indicated that his company’s Cobra scanner is about 30% more expensive than high-end X-ray systems.

On top of that, the Cobra system is heavier than the rival X-ray units, which limits the locations where security checkpoints could be placed.

Green said his company will debut a new system later this year that would be more affordable, lighter, and more reliable while still using the core of its Cobra CT technology.

“Hopefully airports in the US will not only get more staff, but also more efficient security tech,” Green said. “We want the TSA to know that we have some technology to offer.”