Some Security problems in Hyderabad 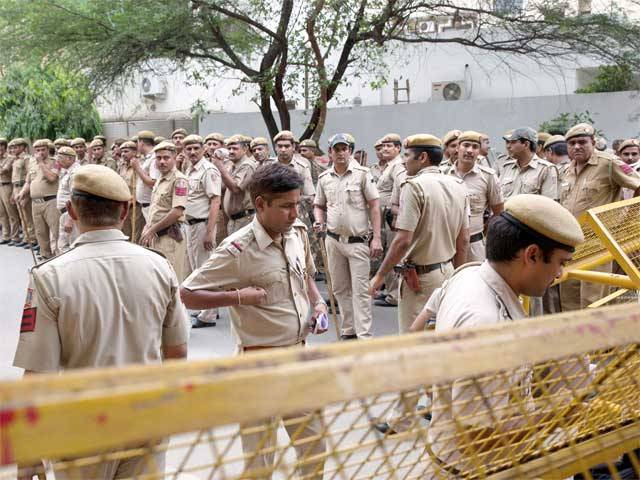 There are some security problems in the big markets in the city like Gaddi Annaram and Mahabub Mansion.

After the two-day vehicle checking at Begum Bazaar the police has been inactive. (Representational image)
Hyderabad: Begum Bazaar, the biggest market in the city and one of the targets of terrorists, has many entries and exits posing problems for the police.
Except som
e CCTV cameras on the main road from Mouzamjahi Market to Afzalgunj and from Begum Bazaar Chatri to Goshamahal there is no surveillance at the market.

There are some security problems in the big markets in the city like Gaddi Annaram and Mahabub Mansion. After the two-day vehicle checking at Begum Bazaar the police has been inactive.

At most of the malls and shopping complexes in the west, central and south zones of the city, the Walk Through Metal Detectors (WTMD) and Hand Held Metal Detector (HHMD) are not put to use. Except at a few shopping malls and shops at the Mouzamjahi market and some malls at Abids most security personnel are unaware about using security equipment to detect metal.

West Zone DCP A. Venkateshwera Rao told DC that special teams have been carrying out searches at major spots. He said“We are carrying out random checks. We have tightened security at Asif Nagar, Mallepally and Begum Bazaar”.

Similarly, in south zone from where the IS supporters were arrested by the NIA, the police has installed CCTV cameras on all main roads and internal roads covering every 50 meters. Due to CCTV surveillance the police has reduced visible policing at some sensitive and hypersensitive places.

An official from south zone said the police has gone for invisible policing using technology. “On Friday during Jumath-ul-Vida we covered every inch of the event and also increased surveillance at other places. Whenever visible police is required we deploy forces,” the official said.

Meanwhile, the police brass held a review meet with Union minister Bandaru Dattatreya on the law and order situation in the city at the Dilkusha Guest House on Sunday evening. Hyderabad police commissioner M. Mahender Reddy, Law and Order additional DG Anjani Kumar, Cyberabad west and east commissioners Naveen Chand, Mahesh Bhagawat and others were present at the meeting.